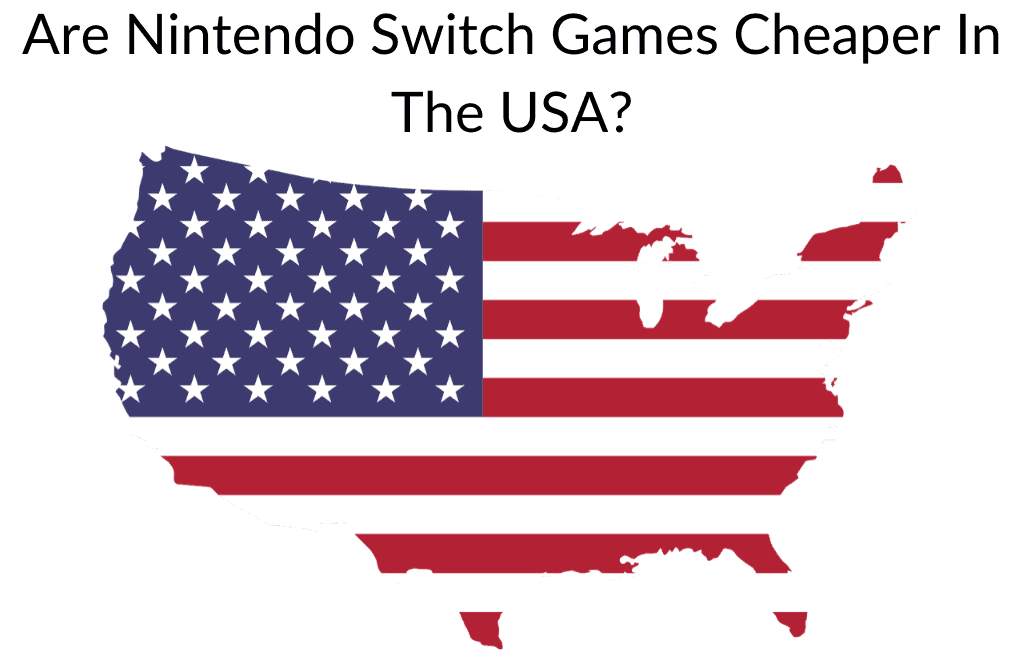 It is incredibly common for Nintendo Switch users to want to buy the cheapest possible games. Afterall Switch games can rarely be found at a discount or on sale so one way that people are resorting to is by changing their location when buying the games digitally or buying physical games from cheaper countries and shipping them to theirs.

In general the prices for Switch games are the same no matter which country you buy them in. The only difference in price is because of currency value fluctuations which are rarely enough to make purchasing and shipping items worthwhile.

The prices for Switch games can be cheaper in the United States as compared to many countries but that is because of the increase in the strength of the dollar’s value vs those currencies as well as because of added import taxes that many countries charge.

To learn more about buying cheap Switch games you will want to keep reading. You can also check out the video below for some of the cheapest Switch games available (at least when the video was recorded).

Why are Nintendo Switch games cheaper in the US?

If you live in a European country then you must have noticed that while the initial cost of the Nintendo Switch itself was pretty low but upon adding the taxes the price jumped up a considerable amount. This same concept gets applied to the Switch games as well. The EU eShops come with built in VAT in the price already. This is easily done since the VAT is constant throughout the region. As such, this makes the price jump up quite a bit so since there is no VAT in the USA then games are cheaper.

Of course this doesn’t mean that there are no taxes in the US. In the US, the sales tax is different in different states so the eShop doesn’t apply it to the price at the beginning. Instead it gets added when you checkout. The sales tax rates can vary from 0% in some states up to over 10% in others so the amount of tax you pay on the purchase will depend on your location.

How to purchase Nintendo Switch games from the USA eShop if you live in another country?

Know that you will be able to make up to 8 accounts on the Nintendo Switch. So does this mean that you can only buy 8 games from different eShops all around the world? Of course not. What you will have to do to buy Nintendo Switch games from, for example the USA is make one account and then make it the “purchasing things” account. You should then use this account to buy a game then switch the region. Do it for all the games you want to buy.

How can you bypass some of the above rules to make life easier?

It’s not very easy trying to remember all these rules and overcoming barriers in different region’s eShops to buy the games you love. It can be very confusing and tiring but thankfully there is a short cut. Many of the games you will be able to find on Amazon in the USA or of the country you want to get it from. To get those games all you have to do is change up the region to the appropriate one in your account before putting in the needed code. In this process you don’t have to worry about wallet balance and other such things. With this you will be able to use Japan’s Amazon as well.

However, there is a downside to this as well. South Africa’s currency tends to fluctuate frequently so one day you will be able to get a Switch game for a low price while another day the fluctuation might be too volatile to buy anything. You can avoid this if you just keep an eye on the currency fluctuations and wait to buy until the currency rate is in your favor.

Cheapest Nintendo Switch eShop games in the US

So you have decided to get Switch games from the US eShop for cheap. But if you are strapped for cash then you might want to get those games which are the cheapest. How will you find them?

That’s what we are here for.

Made by Bandai Namco you will be able to get this game for a reasonable price on the eShop. When getting this game, be prepared for the visual downgrades but, since the gray filter which is present on different platforms gets removed the Nintendo Switch version does tend to look better than some other platforms.  The fight customization is great, the cut scenes are brilliantly rendered and the mechanics are fine-tuned a lot. If you love Dragon Ball Z or love fighting games then you should give this a shot.

You can also check this game out on Amazon here.

Made by Buried Signal and Annapurna Interactive, you can buy this game on the eShop for a song! In short, Gorogoa is a hidden gem. This is a puzzle game that is unlike anything else. It is short but the design and creativity used to make this game is mind-blowing. Your time will be well utilized while exploring its gorgeous location.

Made by Ben Esposito/ Annapurna Interactive, this game is sure to be hours of fun. If you are in the mood to play a relaxing, short, and funny puzzle video game then give this one a try. It is enjoyable and a little treat which you can get done in one sitting of 3 hours or so.

You can download this one on Amazon by clicking here.

What Remains of Edith Finch

Made by Giant Sparrow/ Annapurna Interactive, this game is available for download on the Nintendo eShop here. The game tells an amazing story that is tragic but will thoroughly entertain you as well. If you are on the lookout for games that have a good feature-length storyline that doesn’t meander then this is the one game that you need to get.

You can also find a changing variety of Switch games on the Nintendo eShop that are under $10! None of these will be super popular titles but they are great if you are looking to play something a little different. You can browse Nintendo’s current deals by clicking here.

Overall, Nintendo Switch games are generally cheaper in the US and you can access them very easily if you live in the UK or another part of the world. Just change your region and half the work is done. Once you have changed the region you will be able to buy anything you like from the US eShop and play it on your Switch.

The big downside to buying games this way is that you will only have the digital version of the game and won’t have a physical cartridge. If you are wanting to buy physical cartridges for the Switch it is unlikely that buying them in a country besides your own will save you much money.