Animal Crossing is such a fun game to play no matter how old you are. This game allows you to create your own island and build your own life exactly how you want it.

Everything on the island is fully customizable including the inside of your house all the way down to the furniture. Many people will play Animal Crossing as a way to pass time in to escape from their current reality.

If you only have one Nintendo Switch, you may be wondering if multiple people can play Animal Crossing on that same device.

This is not that big of a deal as you can simply each have a part of the island that is yours and not go into the other person’s area. Nintendo makes this game very fun for people of all ages even if you are sharing the island.

Do you love your Switch but want to stand out from everyone else with the same model? Then look no further than this custom Joy-Con grip.

This Joy-Con grip will make your Switch console look amazing and you can even choose the one that fits your style the best!

If you are considering getting the Animal Crossing game for your Nintendo Switch you might be wondering if it is a two-player game. Can two people play Animal Crossing using local multiplayer at the same time or is it only a one-player game?

So if you are considering purchasing Animal Crossing but weren’t quite sure if other people could play on the Switch with you at the same time… well now you know. One issue that people encounter though is that the two players (up to 4) that are playing on the same Switch have to be on the same island.

So when playing with other players on the same Switch using local play you can’t each be on your own separate island. The only way for multiple people to have their own islands is for each of them to have their own Switches and their own copy of the Animal Crossing game.

Then they can play via their local wireless internet connection together or simply enjoy online gameplay and the different multiplayer modes. To access the online multiplayer features of Animal Crossing (or any Nintendo game) you will need to have a Nintendo Switch Online subscription for each Nintendo Switch system (or Nintendo Switch Lite or OLED model) as well.

Although Nintendo Switch Online isn’t incredibly expensive it is an additional cost that you should know about.

Can you Play Animal Crossing: New Horizons Online Without A Switch?

Animal Crossing: New Horizons is extremely popular right now and it seems that everybody you know is either playing it or wants to be playing it. It is far better than the original Animal Crossing, and gives you far more options when you are playing the game.

Because everybody wants to play this game you may be wondering if you can play New Horizons online without a Switch. It would be extremely cool if not only people who owned the Switch could play the game, but anyone who has access to the Internet.

Unfortunately, you cannot play Animal Crossing: New Horizons online without a Nintendo Switch. While you can visit people’s islands using the mobile app you are not allowed to have your own island or play the game without owning a Nintendo Switch and the game.

Nintendo wants you to purchase their gaming system as well as their games in order to enjoy all of the fun. After all, this is why Nintendo is in business.

Some people want to play the game without spending money on an account but unfortunately, that is not possible. If you want to have all of the perks of playing Animal Crossing New Horizons online you will need to purchase a Nintendo Switch or Switch Lite as well as get a Nintendo Switch Online membership. 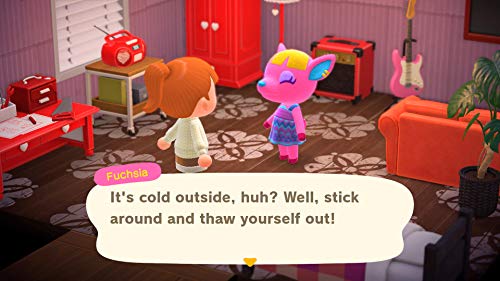 Why Would I Buy In-Depth Accessories On Animal Crossing?

It’s not just the human characters I love, looking for a little companion like a dog or cat to hang out with is great too! As a result, I’ve picked up the amiibo card collection that shows all of the different villagers and animals.

I also have the amiibo figures of all the animals, which has been fun to watch them all come to life as I collect them. What’s even better is that the figures allow you to bring out animal friends in the game.

The reason I keep buying Animal Crossing accessories is because of how great the experience can be when I’m playing. Even though I don’t plan on playing this game alone, I’m still interested in the features that make getting around my village and meeting people fun.

As a result, I’ve spent a lot of money on New Horizons merchandise. However, I’m more than happy to support a game that I love.

When Animal Crossing New Horizons was first announced for the Switch, it seemed like the game would be more of the same, but with some extra features. Over time it’s become clear that New Horizons is a massive upgrade from all of the previous games in the series.

I’ll just say that if you haven’t wanted to buy a Switch or pay for Nintendo Online, this game might be enough of a reason for you to consider getting one! There are a lot of people playing Animal Crossing, and New Horizons is even better.

If you thought that the community was about to die out, then you are wrong. This time around it feels like a lot more players are playing online. This means that if you want to play with new people who own the game or just people who live in a different area, it’s much easier to do it! 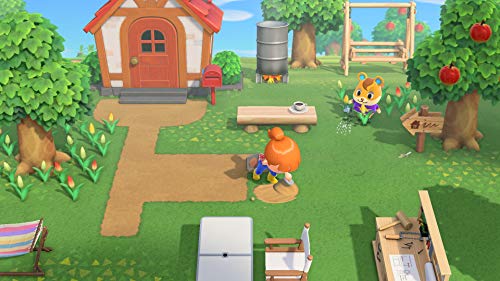 Where Can I Find Friends To Play Animal Crossing New Horizon With?

Animal Crossing New Horizons is the newest Animal Crossing version. Not only is it considerably better than the original but it also has far more players.

There are many places to find people who play Animal Crossing New Horizons. If you are unsure where to find these people though you are not alone.

The best place to find friends to play Animal Crossing New Horizons with is by joining a Facebook group. If you have friends that play you can find them by searching for their friend code.

You can also let Nintendo match you up with other players. Nintendo is especially effective at matching players together because of all the time that they spent developing that reputation system with Miiverse. Nintendo uses a system that is very similar to how they match up players to play Pokémon Go together.

It’s a little different from Pokémon Go where you are matched up with people who represent the entire world. Instead, you might be matched with someone who only lives near you or in your city.

I’ve found that this system works fairly well for players who live relatively close together, but it might be more challenging if you live far away from people who own the game.

How To Play Animal Crossing With Friends

If you want to enjoy online play on Animal Crossing but aren’t entirely sure how to do it (or how to visit another player’s island) then this section is for you. You can play on the Switch with Party Play (locally) or you can play online with friends (from your Nintendo Switch friend list).

Both of those will be tons of fun but knowing how to do either of them can be a little challenging.

Of course, playing online requires an internet connection whereas couch co-op local multiplayer does not require the internet or a Nintendo Online subscription. Most people who want to host a party play session will ask that everyone has a Switch Online subscription so everyone can visit each other and it doesn’t just have to be local play.

Although I could give you the instructions for how to invite people to your island, how to use Dodo airlines and the airport to visit a friend’s island (yes that’s a real thing), how to invite people via your Dodo code, how to use the Nookphone (yes also the real name) and more, I feel like simply watching a video will make it considerably easier for you to follow.

Below is a video that fully explains how multiplayer works in Animal Crossing.

The first thing that you will do as the main player on your island is to choose an island name. As the primary player, you can name it whatever you want (of course there are rules about vulgarity). Once you have done that you can begin playing.

If you want some tips and tricks on what playing Animal Crossing looks like (you start with a tent) in the first few days as well as some tips for your custom designs and more you should check out this video below.