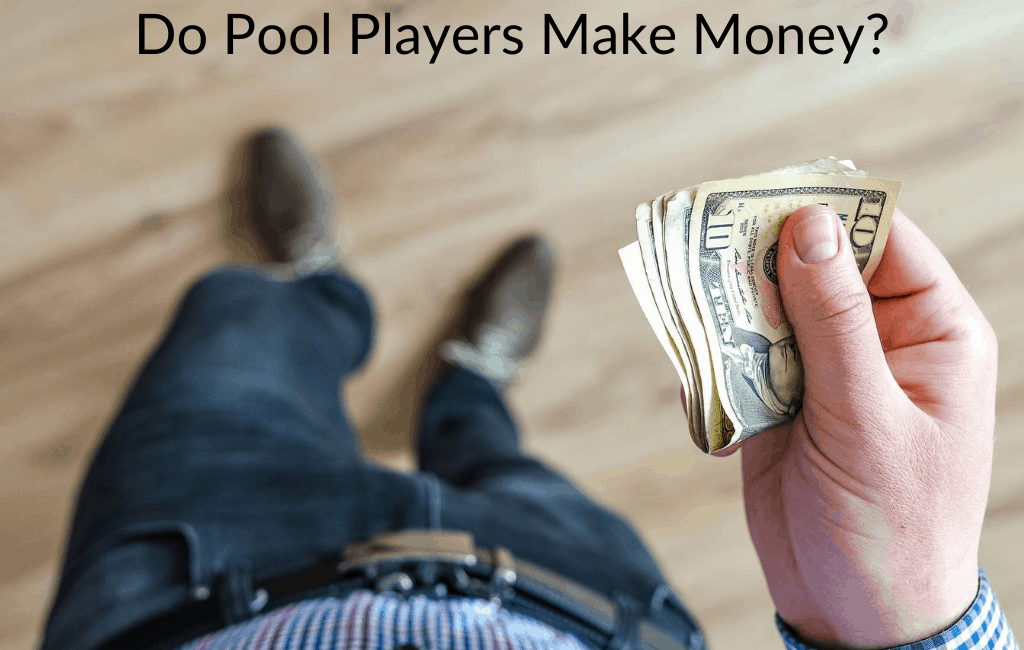 So do pool players make money?

If you want to know more about professional pool players and exactly how much money they make, you will want to keep reading this article. You can also watch this video to learn about the top 10 best pool players of all time!

Pool is a very famous game. People play it to show their high interest. Playing pool for earning money is actually quite hard. If it were easy, there would be a lot more people doing it. This is because in most cases, players play pool to pass time and have fun. Some players also play pool to earn money. It depends on the individual personal intentions. You need more than to just be a professional to earn money. It takes hard work, as well as good luck to land a good sponsor.

Where do people play pool?

People play pool most of the time to simply have more fun in their life. They also play to pass the time they have off work, or just simply time to relax. A lot of people actually find playing a game of pool to be relaxing. You may see, some people have pool tables in their own home. Some of these people want to show their aristocracy, while others just simply like to have a pool table that they can play whenever they want. Some other people often go to a bar to play pool games.

Do pool players earn the same as other professionals?

There are some people that stand out above everyone else and they play pool for a living. They are called professional pool players. If you look at the sponsor of a pool player, you will understand how much money they make. Even though they do earn money, they do not earn as much money as other professional athletes do. In comparison players in the MLB, NFL, NBA, PGA and so on all earn far more than a pool player.

Do pool players earn a salary?

Since pool players do not earn a salary, it is quite hard to say what is the exact amount of money a pool player earns. First of all, it depends on what type of pool they are playing. If you are playing English pool, you can see a lot of players  that are earning a good amount of money. Some players can earn up to a million dollars a year for simply playing pool. This money comes from various sponsorships that the player signs. The amount of money they earn varies from sponsor to sponsor.

If you are lucky enough to find a sponsor who can give you a light amount of money, then you will be able to earn more in the long run. Once people see that you are sponsored, it is easier to get a second sponsor. Without having a sponsor, it is impossible to earn money by playing pool. Even once you get a sponsor, if you do not win many games, you will not make much money. Sponsors normally only pay the higher amounts of money when you make it to championships because that is where people will notice their name on your items.

If you are a good performer though, then you may be able to draw the attraction of the sponsor and earn a lot of money in a short amount of time. Because professional pool is an elimination sport, for every person you defeat, the more money you will make from your sponsor. It also depends on the season. Some seasons you may be the best pool player and make millions, while the next season you may be unlucky and lose the first game.

American pool players earn more than the English pool game players because it is more widely renowned and played. Sponsors are willing to spend more money to get their name in front of so many people. Because of this, It will be easier for you to get more sponsors. The american pool championship game will also be played on the TV, and expose their brand to possibly millions. This is something that sponsors love to hear and want to pay money for.

On top of your sponsors, if you actually win the championship, there is also the prize money. This is another way that professional pool players can earn money. Another option for earning a good amount of money in pool games is by playing the Chinese 8-ball pool. It is a platform where you can find a huge competing tournament. In this tournament, the prize money will also be a lot.

The problem is that not everyone can get this opportunity. Because of the huge competition and limited scope, only a few will be selected and earn good money. That’s why you must be a good professional pool player. Also if you are in the games and you do not have a sponsor, they will see your skill and begin to fight each other to be your sponsor.

A pool player can also make money by signing up for a pool tournament and competing with others. In different games, the money will be offered differently. Some of them even offer cash prizes to high scorers. Even, in some games, only the top ten players get prizes.

However, sometimes they also get endorsements that increase their income as well as the prize money. There are several types of pool game tournaments available such as the World cup of the pool, the world 9 ball championship, the Euro tour and so on.

How much money does a pool player earn?

To earn a good amount of money in pool games, a pool player needs to undergo some sufferings as well. He or she must have some excellent skill through which they can earn good money. A pool player needs to practice a lot to earn the sufficient knowledge and skill to make more money.

They must also attend a smaller tournament before facing a big one. Even though in the beginning a pool player may not make any money, they will still need to travel to the various places around the world to compete and make theri name known. How much money they make will depend on individual performance and experience.

Pool is not only played as the form of aristocracy but it is also played as a way of earning money. A pool player can earn a high amount of money based on their playing experience and performance. So go ahead and practice your skills at pool. If you practice and always do your best, you may be the next Efen Reyes.