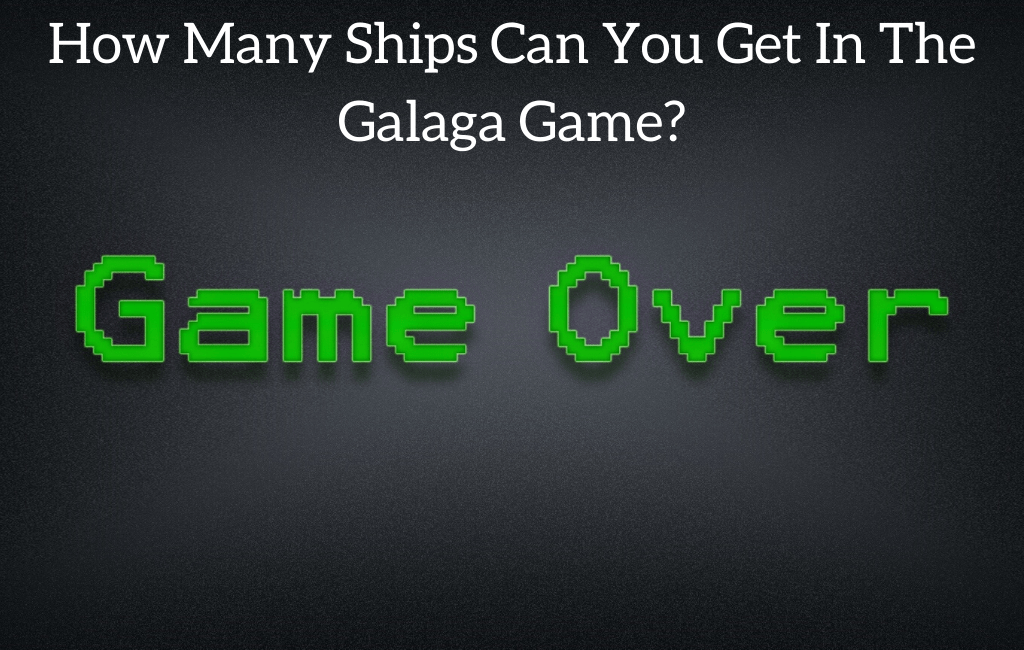 So how many ships can you get in the Galaga game?

In the Galaga game, you can actually have two ships playing at the exact same time! So, if you have heard that you can have more than one ship when playing Galaga, you are not wrong.

If you want to play Galaga on a full size arcade or even a miniature version you can find them by clicking here.

How to play with two ships side by side in Galaga

That’s it, you now have two ships instead of one and therefore you can shoot two laser beams at once. The problem is now you are playing with two ships, or two lives and because your ships are next to each other you are twice as vulnerable because you are twice the size and dodging bombs and incoming alien ships is twice harder.

Galaga is not only the first shooting game to let the gamer play with two ships, it is also the first video game to introduce challenging stages. A challenging stage is a very quick action packed level where you need to kill all incoming ships in order to score the maximum points to increase your score. The first Challenging stage starts to appear randomly once the player reaches the third or fourth level of the game, after that they continue to appear every fourth level.

twenty-three and so on. Every challenging stage is more difficult than the previous one and the player needs to stay focused in order to score the maximum points and not miss any alien ships.

the highest score possible. There are two hundred and fifty five levels in Galaga, with a

the game. Challenging stages became quickly very popular among gamers, not only because they help to reach a high score faster but because they allow you to quickly destroy waves of alien ships in a very satisfying feeling. This ended up breaking up the monotonous gameplay pace.

Should I buy the Galaga Arcade Machine?

Galaga is a classic arcade game that every serious gamer ought to own. If you are interested in owning Galaga, you may be surprised to find out you don’t need to have thousands of dollars saved, but only a couple hundred. This brand new Arcade 1up machine offers the Galaga game for a fraction of a full size arcade machine, and  is loved by everyone who owns one!

Because of its popularity, Galaga has reached the top ranking of video games. Since its release in 1981, the game has been reedited many times and adapted to all types of existing gaming platforms. The iconic arcade version of the game has even made it to Hollywood and you can see it in the following movies:

Galaga is a video game in the Shooting genre. The game was released by the Japanese

game publisher Namco back in 1981. Galage is actually the second Galaxian game contrary to what people think they are not the same game. Galaxian was released in 1979.

Galaga brought really new innovations in the genre with new features that would become a new standard in the video game industry. This was the first time in Shooting games that a single player could play with two ships simultaneously. It was also the first shooting game to include “challenging stages” between the regular levels.

These two new innovations in the gameplay would become very popular in the Shooting genre and soon would be adopted in most of the game from other publishers. Galaga was to become a new standard in the video game industry and a reference for every serious video gamer.

Galaga and Galaian are very similar to Space Invaders gameplay in many ways. In Galaga, the player starts the game with three ships similar to three lifes. the player controls one ship on the bottom of the screen that can only go left or right with single fire action. Waves of alien ships are trying to kill the player ship by either bombarding him or direct collision. Some alien ships have the ability to move down the screen faster, aiming at the player’s ship with bombs or to try to hit it.

The big innovation is the introduction of boss ships or boss Galaga. These new ships have the capacity to come very close to the player’s ship and capture it. Once a boss ship has captured the player ship it goes back to the top of the screen holding on to the ship it abducted. There comes the first big new innovation in gameplay because the player can try to kill the boss ship without destroying his captured ship and if successful he has now two ships side by side to fight.

With its retro 8-bit graphics and soundtrack Galaga is a must have for every video game lover just like Space Invaders and Pac Man. It’s a classic arcade game with all the ingredients for a fun and challenging time and being from the early eighties it is just amazing how well it hasn’t aged. Galaga has been knock-off by hundreds of game publishers but they are just pale copies of this incredible shooting game that brought new standards and gaming innovations to the video game industry.

With this title, Namco established themselves among the leading video game publishers in Japan.  Their outstanding work on Galaga was another cornerstone in the development of the emerging video gaming industry of the eighties leading into today’s multi million dollar business we know.