Table of Content show
1 I Have Some Recommendations Handpicked For You!
2 Mortgaging Property In Monopoly
3 Paying Back The Mortgage In Monopoly
4 How To Play Monopoly
5 Conclusion
5.1 Related Posts:

Monopoly is a fun game that everyone loves to play. But when it comes to certain rules of the game sometimes people will get confused.

One such rule that many people are confused by is mortgaging the properties that you own in Monopoly.

Can you mortgage them? Do you need to do anything specific before you are able to mortgage your Monopoly properties? How do you unmortgage them?

When you mortgage a property in Monopoly you get money from the bank. When you are ready to unmortgage your property you simply pay back the loan (with interest) to the bank and your property is unmortgaged.

While a piece of property is mortgaged no rent is ever due from anyone who lands on it. So for most people mortgaging a property in Monopoly is a last resort.

If you would like to know more about if you can mortgage a property in Monopoly, you will want to keep reading this article. You can also check out this video to learn the official rules of playing Monopoly. 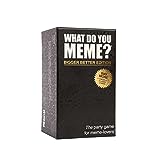 Say for example you land on someone’s property that has multiple houses or a hotel on it. Rather than selling houses or hotels that are on your property to raise some money you might want to mortgage the unimproved property first to raise some cash.

Another reason why you might want to mortgage a property is to raise funds so you can build improvements on a set of properties that you own.

Anyone who has ever played Monopoly knows that the way to win the game is by getting houses or hotels on your property so that your opponents have to pay you a lot of money every time that they land on one of your properties. Some people will mortgage all of their other properties to ensure that they can build houses or hotels as soon as possible.

However, this method can be risky as if you land on someone else’s houses or hotels before they land on yours you could be forced to sell those houses or hotels at a discount (50%). Since you only get back 50% of what you spent on the houses and hotels, leveraging yourself to the hilt by mortgaging all of your properties to build houses and hotels can be a dangerous way to play Monopoly.

Paying Back The Mortgage In Monopoly

I have already covered the fact that you can mortgage properties in a Monopoly game and how this is done. I also mentioned that mortgaged properties do not bring in any rent, and as a result, no profit.

Well what if your fortunes have turned and you are ready to pay back that mortgage on a property?

If you just barely have enough money to unmortgage a property it is often best to leave it mortgaged until you are on a more stable footing in the game. You will be required to pay the 10% interest every time that you pay back a mortgage in Monopoly so make sure that you have enough money to pay any rents that might come up as you go around the board before paying off the mortgage.

How To Play Monopoly

In order to win the game, all you need to do is to make all of the other players file bankruptcy.

From this article, we have seen that properties can be mortgaged in the Monopoly game. We have also seen the conditions under which you can take out a mortgage on your Monopoly property.

It’s also important to know that you have to pay the mortgage fee and the 10% interest for every mortgage that you pay off.

We have also seen the effect that mortgaging has on a house in the Monopoly game. If one of your properties is mortgaged and you own the set, you will not be able to build any houses until the mortgage is paid off of the one property. This is how a mortgage can not only affect the property, but it can also affect the house, and the building of houses on your property.

Most of the time, games are won and lost by building houses on your properties. If your properties are mortgaged though, you will not be able to build any houses. This is why it is important to make sure that you know the rules of the game you are playing and what the specific rules of the version of Monopoly are when referring to mortgaging your property.