If you are looking to decide between a Playstation or Xbox video game console the first thing that you probably look at is the price and which one is cheaper. Of course there is more to the prices than just what you buy the console for.

A bigger expense for most people is the ongoing monthly cost of Playstation Plus and Xbox live so determining which is cheaper is an important thing to know before deciding on a console.

By purchasing the yearly subscription you will save 50% over buying the subscription on a monthly basis so that is an excellent way to save money on either subscription. Since both Playstation Plus and Xbox Live are the exact same price then unfortunately it makes deciding between the two consoles even more difficult.

You can often find the subscription cards at a discount at places like Amazon and eBay but you always want to be sure to buy from reputable sellers as losing your subscription after a few months because of issues with the seller will negate any savings that you got by buying from those places rather than directly from Microsoft or Sony.

In the rest of this article we will look a little deeper at both of these services. You can also check out the video below for more information comparing the two services. 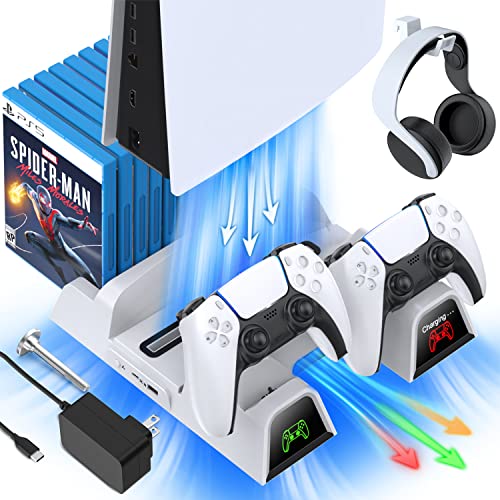 The rise of gaming consoles

In the 21st century, we are all proud owners of super smart computing devices called smartphones. These smartphones hold a special place in the tech world and the main reason for this is that they have replaced so much of the standalone technology we used to carry before they were released. Things like digital cameras, handheld music devices and GPS units were all rendered obsolete by smartphones.

It was predicted that smartphones would eventually replace computers and most of the electronic media devices, as the most popular tech devices that consumers owned. This prediction somewhat came true; however, it was with one exception.

This exception is in the world of gaming.

While modern smartphones in 2020 can capably run 3-D games like PUBG or Call of Duty, they cannot do so with the same finesse that their larger counterparts can.

Gaming computers, laptops and gaming consoles are much more capable of running graphic intensive games at higher frame rates than smartphones can. A full-fledged PC, however, is bound to a wall socket and cannot effectively be carried around like a smartphone. PCs and laptops while being versatile, can be difficult to set up and operate for the average customer. That is where gaming consoles enter the fray.

Up until quite recently, gaming consoles were looked at as second to PCs by the gaming community. They were slow, clunky and could not perform as well as their desktop counterparts. There was also the fact that most gaming consoles did not have the same diversity in game selection as PCs.

But in recent years, gaming consoles have become more popular than ever. They have highly powerful CPUs and GPUs that can run the heaviest games with relative ease, and they can do it while being connected to a large TV screen. More so, with the emergence of gaming as an economic force in the 21st century, gaming consoles are sold at highly competitive prices, putting them in the reach of everyday consumers looking to get into gaming.

What is PlayStation Plus?

Along with being able to access the multiplayer lobbies for many games, you are also given the ability to access the PlayStation Network and create friend lists, letting you invite your friends with a few simple clicks. Also, since the PlayStation console has limited storage space that is reserved for storing games, a subscription to PlayStation Plus gives you 100GB of cloud storage for your game save files, saving your PS4 from clutter that might slow it down.

It should be noted that you can only continue to access your collection if you stay subscribed to PlayStation Plus.

What is Xbox Live?

Like the PlayStation Plus network, Xbox Live is a subscription based social service platform that lets users interact with other gamers over the internet and grants you access to a whole plethora of features.

The Xbox Live service was kicked off along with the Xbox 360. This was the first Xbox console capable of seamless multiplayer gameplay. Xbox took this model, modified it for a more modern, internet-based setting and revamped it for the Xbox One.

Along with online multiplayer gaming, a subscription to the Xbox Live Gold service grants access to a range of other features. You are given access to a few FREE games each month, including the top game for the month for download. As a Gold member, you also get heavy discounts on downloadable content as well as TV shows and movies from the Xbox Store.

You can get a 12 month subscription to the Xbox Live Gold service by clicking here.

Xbox Live Vs PlayStation Plus, Which Has More Value For Money?

If we were to merely look at the price of subscription to both services, a subscription to either network would be 100% identical. However, in order to gauge the value for money, we must look at the comprehensive features offered by both of these services.

Both services let their users play with the world on online multiplayer servers. Xbox Live, being the older service has more reliable servers, with lesser chances of disconnecting due to server issues.

Both the subscription services offer users access to free games, however many people prefer the free games that Microsoft offers to the ones that Playstation does.

In conclusion, while in terms of sheer cost of purchase both memberships are identical in cost just simply because of the quality of the free games as well as the unlimited storage the Xbox Live membership has a slight edge over the Playstation Plus.

Ultimately both services are so close in quality and identical in price that the deciding factor on which console to buy is likely to be more about the consoles and their accessories than it is about their subscription services.