Hustling is the deceptive act of disguising one’s skill in a sport or game with the intent of luring someone of probably lesser skill into gambling (or gambling for higher than current stakes) with the hustler, as a form of both a confidence trick and match fixing. It is most commonly associated with, and originated in pocket billiards (pool), but also can be performed with regard to other sports and gambling activities. Hustlers may also engage in “sharking”—distracting, disheartening, enraging, or even threatening their opponents—to throw them off. Hustlers are thus often called “pool sharks”.

So is pool hustling illegal?

Although there are some places that you can legally gamble, most of these places such as casinos do not offer pool table gambling as being hustled is a big problem. Gambling where it is not allowed in most places is illegal. This would include pool hustling as betting on a pool game would be illegal, and defrauding someone is illegal as well.

If you would like to know more about if pool hustling is illegal, please keep reading or check out this video!

Why Is Pool Hustling Illegal?

Pool hustlers might even lead to most people not looking forward to going to pool halls, because of the fear of being hustled. In some cases, the act of pool hustling doesn’t always end well. This is because no one anticipates their pockets to be drained. Therefore, if someone notices that they are being hustled they might act in violence. There are many cases where pool hustling got violent, and in turn, resulted in someone being hit hard with a cue stick.

While there might not be enough evidence for one to provide in order to sue a hustler who just emptied their pockets, it still doesn’t make it legal. In most places, there is a law in place that prohibits gambling, whilst in extended instances, the law actually specifies that gambling over pool games is illegal. This is because gambling can easily be classified under fraud. In most cases, as mentioned earlier, the person being hustled is completely in the dark.

The following are the tactics usually used by pool hustlers that you might find useful if you don’t intend on being hustled out of your hard-earned money. 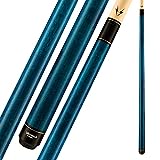 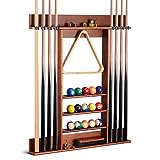 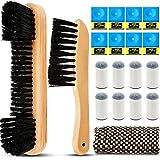 Pool hustlers use deception and misdirection in order to win cash from inexperienced players (or skilled players inexperienced with the world of hustling). A skilled hustler will:

Many of these ploys can easily be mistaken for the honest faults of a less-than-exceptional player. The engendered doubt and uncertainty is what allows hustling to succeed, with the “faults” being dropped when a significant amount of money is at stake.

This is meant to entirely deceive you into believing that you have a chance at winning. Usually, pool hustlers let out bait, and if you are unlucky enough to bite on it, then you are in trouble. The strategy they usually use is to play very badly so that they lose the first two games. This might include extremes like hitting the ball off the table or faking a hand injury. This will, in turn, allow you to feel that since they can’t hold their cue right, you stand a better chance.

Pool hustlers, if they propose that you bet at the beginning, usually do not start with a huge amount. They often commence with small amounts of money suggestions and increase it as you get comfortable. In other cases, they might pretend like they just want to have fun. Nevertheless, moments into the game, they can make you believe they want to spice up the game by putting some money bets on it. Whichever the case, the sooner you realize that is their intention the better for you.

It is best to cash out early the moment you recognize a pool hustler. However, you might be totally blinded by the fact that even when they win they make you believe it’s just by luck. This may be supported by them making unnecessary remarks that suggest that they are very bad at pool and that today is just their lucky day. Therefore, pool hustlers are very easy to spot, especially these days from a distance.

In order for their performance to appear completely not staged, pool hustlers usually go around with someone. It is this someone who helps them to make the act seem real, whilst looking for possible targets. For instance, you might find them already playing with someone and as you observe from a distance you can’t help but notice how terrible they are at the game. This, in turn, can lure you into thinking you stand a great chance, even when you notice their hustle as they approach you.

Another trick commonly used is the drunk trick. Pool hustlers can actually confront you pretending to be all wasted. In turn, your confidence is boosted that you will win. Besides, who will lose a pool game to someone who doesn’t even have control of their body? Don’t fall for this, it’s a trap, one you might realize only after you have been hustled.

As pool stretches long back in time, so does pool hustling. People tend to view pool hustling nowadays as something that is totally outdated. However, despite this fact, there are still people who go to various pool halls with the intention to hustle. In some cases, someone might be just looking for an easy way to make some quick cash. As a result, someone uses the advantage that they know pool to milk some bucks from someone else.

Pool hustling works better if the person who is being hustled is unaware of the fact. However, with the advancement in the film industry, and with people nowadays being more enlightened, it’s proving really hard to hustle someone that easily. Hustling revolves around deception and luring someone into believing you are less of something.

This, as you might have guessed, is a false disguise, because as a hustler you are usually an expert in that particular something. However, you have to put out your act perfectly so that the target completely buys it, and now when they get too comfortable that’s when you strike. The legislative law was enforced in such a way that it banned most organizations that dwell on hustling and professional hustling. Therefore, according to the law, hustling is prohibited.

The art of pool hustling is all embedded in deceit. However, even though it is a well-known fact that no one fancies being hustled, there are some people who actually walk straight into this trap. In particular, these kinds of people actually approach the hustler knowing pretty well what they are getting themselves into. After being hustled, they don’t hide the fact that they knew all along. They actually express their amusement and excitement for being hustled.

Well, the bottom line is whether it was your intent to be hustled or not, gambling is strictly illegal in most areas. Besides, it can lead you into violent uncalled for situations, if you are not careful. Keep in mind that there are areas where one can legally earn good value if they are that skilled at this cue sport.