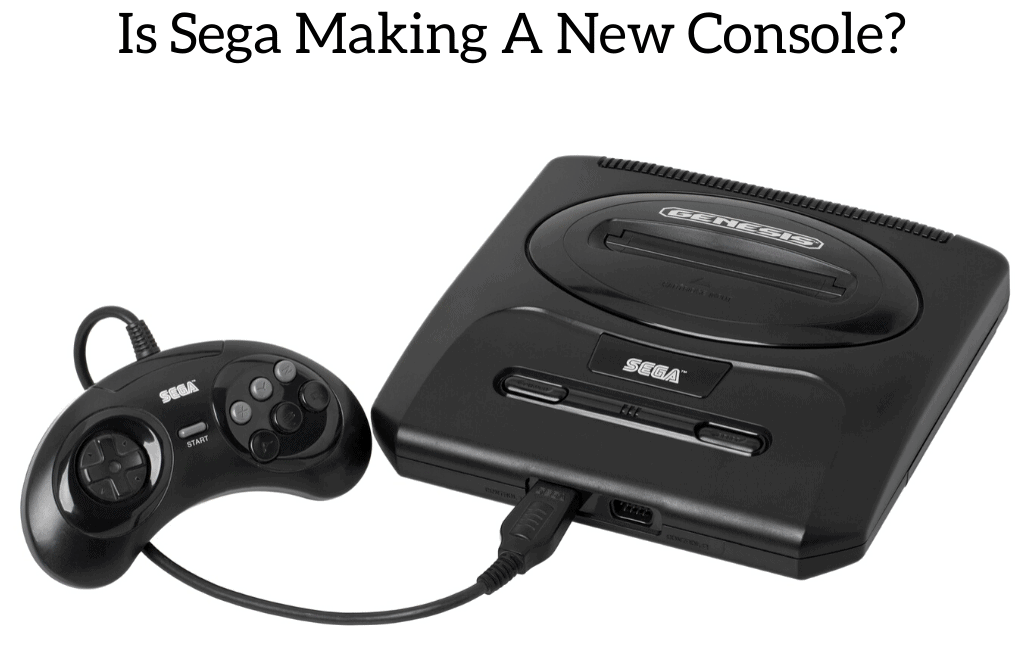 If you are like me you have a lot of questions!

So, is Sega making a new console? If rumors are to be believed, Sega is in the process of releasing a new gaming console. Of course there is no way to verify this until Sega officially makes a statement.

In 2019 Sega released the mini console, and started to take back the hearts of the gaming community. If you want to find out more about the Sega genesis mini, and the new Dreamcast 2 you will want to keep reading this article.

If you love Sega then you have to check out the Sega Genesis Mini console. It can be found by clicking here.

Sega is making a comeback with a mini console

The original Sega Genesis launched here in the U.S. on August 14, 1989. Sega, known for  Sonic, enjoyed brief success in the states but eventually was overtaken by Nintendo’s Mario.

The controller with the new Sega Genesis mini is a lot smaller than the previous one as is the console itself.

When you turn on the game, the music you hear on the main menu is the same as it was on the  original Sega Genesis. The best part is Sega actually used the same sound chip from the original Genesis in the brand new mini!

When you turn on the system, you will be taken back to the World of 16 bit gaming! Before your eyes will be Ecco the Dolphin, Castlevania Bloodlines, Space harrier, Shining Force, Comix Zone, and many others! So go ahead, head to Gamestop and buy your very own Sega Genesis Mini today.

Will there be a Dreamcast 2?

There is a lot of controversy and rumors about this question. Although Sega has not made an official statement saying that the new game console will be called the Dreamcast 2, all of the leaked information seems to be leaning that way.

As I said already, Sega launched their new gaming console called the Sega Genesis Mini. After 18 years Sega finally launched a new game system to get back into the gaming community.

The original Sega Genesis was known as the Mega Drive or Sega Mega Drive outside of North America. It is a 16-bit home video game console developed and sold by Sega. The Genesis was Sega’s third console and the successor to the Master System.

So after 18 years, Sega played a marketing strategy and came back with their best game system updated version called Sega Genesis mini. With a lot of the original games and the latest features.

Dreamcast was also one of the Segas masterpieces. Sega released the Dreamcast first in Japan in 1998 and the entire stock of 150,000 consoles sold out by the end of the day. In 1999 Sega released the Gaming console Dreamcast in North America and Europe and got amazing sales. After only a short time, Sega had 31 percent of the U.S gaming market by selling one gaming System!. After a decade’s Sega was able to sell 9.3 million units all over the world.

Which Sega console is the best?

The physical dimension is 7.5 × 7.75 × 3 inches. Its 100 MHz NEC PowerVR2 rendering engine, integrated with the system’s ASIC. It is capable of drawing more than 3 million polygons per second and of deferred shading.

There were over 620 games available for the original Dreamcast. After releasing the gaming console in 1999 the online capability was  added soon thereafter.

What if Sega released a Dreamcast 2?

Now that you know the specifications and the game library of the original Dreamcast, it should come as no surprise that when they are talking about releasing a new game system that everyone is hoping that it is the Dreamcast 2 .

Dreamcast was filled with awesome games and cool features but sadly it didn’t survive because of the competitors. Sega’s biggest competitors were Microsoft and Sony. Sega made a huge investment in the Dreamcast and even though it made a huge sales at the beginning, soon thereafter sales decreased dramatically due to the release of the  second-generation PlayStation.

If Sega releases the Dreamcast 2 with all the latest features then there is a good possibility that Sega can get their old popularity and name back in the gaming market. Here is what we believe the Dreamcast 2 will look like according to patents we have seen.

Sega and Google are working together on the new console

Yes you heard that right! Google and Sega are working together to make the new Dreamcast 2. On January 31st a patent for the new controller for the Dreamcast 2 was filed from Google.

While no images of the controller officially exist yet, there is some concept art drawn up based on the features in the patent. We already know that Ubisoft is on board with Google, since a public beta of their upcoming streaming service featured Ubisoft’s Assassin’s Creed Odyssey. However, it makes sense that other software partners would also be involved in such a large-scale project.

If you are anything like me, then you are super excited about the new Sega Dreamcast 2. Although not officially released at this time, we all are waiting with great anticipation for when it will be released or at least officially announced by Sega.