A jukebox is a partially automated music-playing device, usually a coin-operated machine, that will play a patron’s selection from self-contained media. The classic jukebox has buttons, with letters and numbers on them, which, when one of each group is entered after each other, are used to select a specific record. Some may use Compact Discs instead.

Disc changers are similar devices that are intended for home use, are small enough to fit in a shelf, may hold up to 400 discs, and allow discs to be easily removed, replaced, and inserted by the user.

So what are the worst jukebox songs?

Although everyone will have some jukebox songs they hate there are a few songs though like Shots and American Pie that everyone can agree should not be able to be played on a jukebox at all.

If you would like to know more about the worst jukebox songs, please keep reading or check out this video! 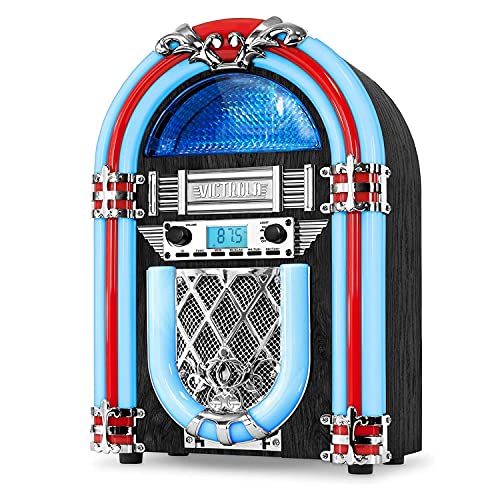 All songs on the jukebox should be a specific genre that fits with the establishment, so that when the weekend comes, and you need to have fun, you know where to go. We are going to discuss the worst songs to play in bars and why.

The bad thing about being a bartender is being at the mercy of your establishment’s jukebox and the patrons who use it to play whatever they want. No one likes horrible songs, that is why people hate other people who play annoying songs!

Here is the list of jukebox songs you probably hate to hear whenever you are out.

This song is as grating as a dump truck driving through a nitroglycerin plant, and it gives people the wrong idea. Overall, it just shouldn’t be on a jukebox.

This song inspires more spilled drinks than any other. People throw their bottles and drop them everywhere. This not only makes a big mess to clean us, but also gets people mad that they had stuff spilled on them.

The song was good, but it was played so much, now it is annoying every single time it comes on.

It was once a loved song, but became warped and twisted by bad customers who think they are funny and played it every night 1 hour before the bar closed.

Whenever this song was played, the bartender definitely got tired of hearing it.

The band was good, but your local bar is not where people want to listen to 20 minutes of guitar noodling and peyote references.

At first, the songs were funny but the more they are played, the more everyone hates them being played.

The more beer you drink, the more likely you are to break down and cry when the song is being played. No bartender  likes that happening.

This song is like it is trying desperately to shove fun down your throat, and it just ends up coming up as puke. The intentions were good, but the song is not.

It is not charming to play this kind of song in a bar under any situation.

When this song plays at a bar, it gets a bunch of middle-aged ladies up on the dance floor who ask the DJ to play Margaritaville next. If you don’t believe me, go ahead and play this song the next time you are out and see for yourself.

The sound of the lead singer bellowing toward the end of the song is reminiscent of the music a cat may make when screeching. Whenever this song is picked on a jukebox,everyone wonders if someone is trying to share a  message about themselves, or if they don’t like someone in the bar.

When this song is played, people think they can sing along, but they end up screwing up the words, so it ends up a bar full of people screaming.

This song is much more of a disco song than a normal bar song.

If Lynyrd Skynyrd owned a jukebox, this song would not be on it. Once this song was super, but years of non-stop commercialized rocking have made it overused to anyone who listens to music.

The song is terrible.Only a few people actually like this song.

The song has been played many times, until it was overplayed.

17. I Will Survive – Gloria Gaynor

This is not a good song, and may bring out inner demons. This is a demonic song and should not be played ever!

18. Meatloaf – Paradise By The Dashboard Light

The song plays for eight-minutes, then it’s about having sex in a car.

The only time you can select this song is if you are here in the middle of the day.

This song is extremely sad for those over 37, and makes them cry as they listen to their hopes and dreams that never came true. If you are under 37 you get mad because you have to hear this song one more time!

The song is nine-minutes long. Many people have said that it has outlived its time and it needs to die.

Just once again, this song is overused.

Everyone knows this song, but once a night is definitely the limit.

This song although can be good in some settings, is commercialized and overused.

There are consequences to poor jukebox etiquette.

Here are 3 key components to keep in mind when you walk up to that magnificent sound machine.

If you are not sure about the crowd, take time to figure the people out or ask the bartender. It is essential to play the right songs for the right group.

An etiquette minded person will recognize that there are other people that want to play songs as well. Choosing many songs will not make you have many friends as you always take up the jukebox.

The jukebox is no place for the top 40. You should mix the songs up if you are the only one that controls it.

Whipped cream vodka is the worst thing that happened to the scene over the last decade. The second worst thing is undoubtedly those jukeboxes where you can play virtually anything. Touch Tune jukeboxes and the people who use them to make everyone else miserable.

How can you avoid being a jukebox violator and making people hate you?

Now that you know about jukebox etiquette, you can see that it should always be kept in mind. Not everyone will like the same songs of course, but there are definitely ones to avoid.

Now that you have seen which songs to avoid, you will not make the mistake of playing any of the above mentioned songs.