Table Of Contents show
1 What else could be causing the problem?
2 About the Super Nintendo
2.1 Conclusion
2.2 Related Posts:

So why is the Super Nintendo screen black and white?

If you look at the console, cable, and the TV, any of them could be causing the problem. You will want to start by making sure that you use the same cable to plug in your console to your TV. If that doesn’t work, try a different cable (such as RF, S-video, or Composite).  If you still are having problems, you may want to try switching TVs.

If you want to know more about Super Nintendos and the screens being black and white, you will want to keep reading. You can also check out this video to troubleshoot why your screen is black and white.

If you want to find the best selling Nintendo accessories currently available you can find them by clicking here. 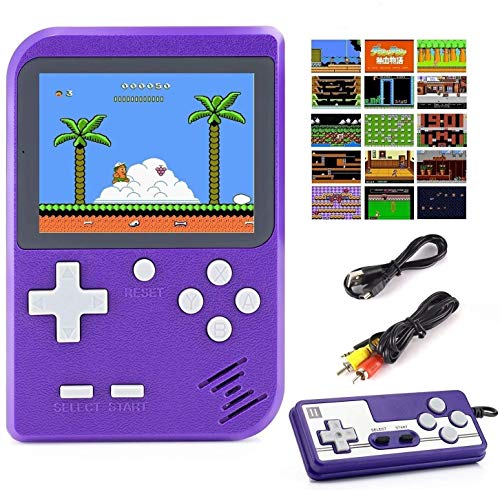 Want to get a handheld console like a Gameboy or DS without spending a small fortune? Well you’re in luck!

You can now get a handheld console with 500 preinstalled games for a fraction of what a Gameboy would cost.

What else could be causing the problem?

If the frequency of your Master Clock crystal drifts even a little due to age, it may be the reason why your Super Nintendo is black and white. To solve this problem, you will need to follow the below steps or take it somewhere to be fixed.

Once you do this, you will need to adjust the little screw in the red component near the front just a little. As soon as you have found a position that works, turn it some more so you can know the point where it stops working, then turn it right back to keep it away from the direct edge of where it works at.  If turning the screw is not bringing you the results you desire, you may need to remove your NTSC crystal and replace it with a new one. Some people have found out that doing this can also be a good way to get your system working again.

One thing you should know is that your Super Nintendo may be black and white due to NTSC vs. PAL or region-specific issues.

About the Super Nintendo

The Super Nintendo Entertainment System (SNES), which is also known as and commonly called the Super Nintendo, is a 16-bit home video game console that was created by Nintendo. It was released in South Korea and Japan in 1990. It was also released in North America in 1991, and in Europe in 1992. By 1993, it had been released in South America. Although each version that has been released of this game is basically the same, many different forms of regional lockouts have made sure that the different cartridges are not the same.

The Super Nintendo is the second programmable home console from Nintendo after the Nintendo Entertainment System (NES). In comparison to other systems of that time, the console came with avant-garde sound capabilities as well as graphics. It was designed to fit the then ongoing creation of a range of enhancement chips incorporated into the cartridges of the game to keep them competitive well into the next generation.

The Picture Processing Unit (PPU) of the Super Nintendo comprises two distinct but closely knit IC packages. It comes with 64 KB of SRAM to store video data, 544 bytes of Object Attribute Memory (OAM) to store sprite data, and 256 × 15 bits of Color Generator RAM (CGRAM) to store palette data. The CGRAM makes it possible for the console to showcase up to 256 colors picked from the 15-bit RGB color space, bringing an aggregate of 32,768 possible colors. The Picture Processing Unit actually produces one pixel every two or four cycles. The Super Nintendo has eight different video modes. Below we will go over the different modes and what each one does.

Mode 0 has 4 layers, and they all use 4-color palettes. Each BG has its own compartment on the SNES palette. It can display up to 96 colors on the backgrounds with 24 colors on each layer.

Mode 2 has 2 layers, which both use the 16-color palettes. Each layer can be scrolled by itself. The screen can display up to 120 colors.

Mode 6 has 1 layer that uses the 16-color palettes. It can display up to 120 colors on the screen.