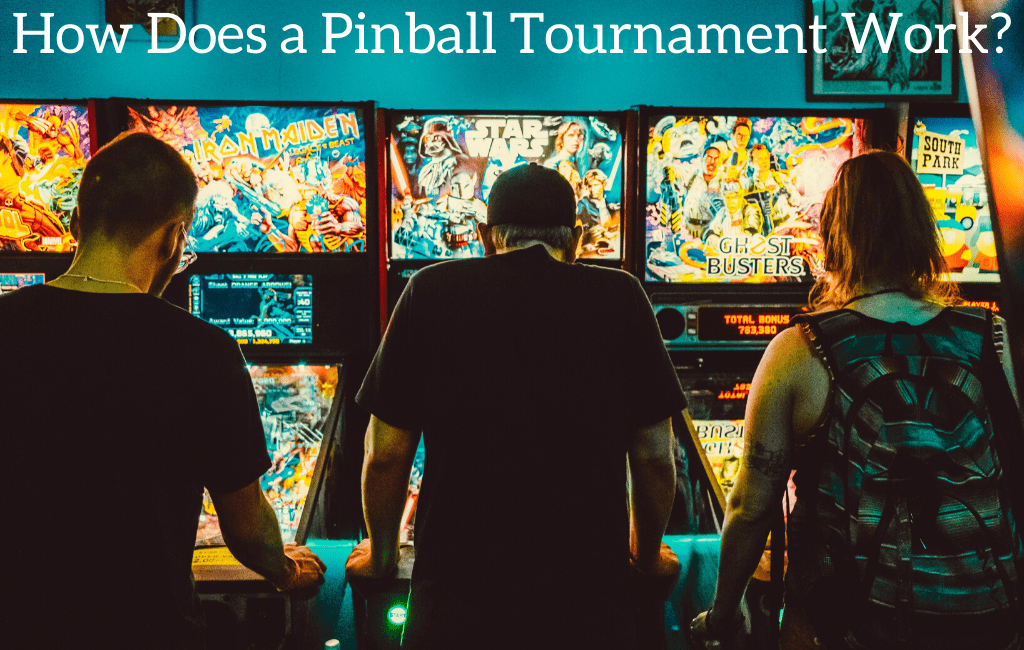 One of the most classic games in all of machine game history is pinball. For some, winning the game may seem like luck, but there are many strategies for playing the game, especially when competitive players are playing in tournaments. With pinball competitions gaining momentum in recent years, many people wonder how they work.

How does a pinball tournament work? Pinball tournaments involve a group of people competing on different pinball games to advance through rounds and emerge as the winner. There are different styles of play, and the organizer chooses the kind of game that is played. The rules are slightly different if the games follow the International Flipper Pinball Association (IFPA) or Professional & Amateur Pinball Association (PAPA) rules.

To see the most popular pinball machines on the market today just click here.

IFPA and PAPA are the two official pinball organizations. IFPA is the governing body for pinball, meaning they help set the rules when it comes to playing pinball as a competitive sport. IFPA believes that pinball can rise in popularity after waning over the years.

The organization has partnered with the Stern Pinball brand to bring in new pinball players and introduce events and tournaments to new areas. Players can compete in the Stern Pro Circuit, hosted by IFPA and the Replay Foundation, that holds 20 pro-pinball tournaments each season and ends with the top 20 finalists battling it out in Chicago.

IFPA created the World Pinball Player Rankings (WPPR) to allow people who play the sport competitively to be recognized for their efforts. The IFPA also arranges championships, which enables players to increase their worldwide ranking.

PAPA supports pinball as both a recreational and competitive sport. Like IFPA, PAPA hosts championships that allow people to compete to win the title. This organization is the host of Pinburgh – a three-day-long battle between more than 800 pinball players that features over 300 pinball machines. This tournament is hailed as the “largest pinball tournament in history.”

PAPA has divisions that allow kids, seniors, and inexperienced players to compete with other people of the same age or experience level. This lets everyone join in on the pinball fun and compete for a prize!

IFPA tournaments are very popular because the company governs the rules for pinball as a competitive sport. IFPA hosts a World Pinball Championship yearly.

Details about the IFPA World Pinball Championship include:

After the initial eight sessions are completed, 32 players advance to Match Play Madness and are put into a bracket. They are ranked based on their scores from the first round and compete once again. However, this new bracket is played in small single-elimination tournaments, with the best 4 out of 7 advancing. If there is a tie, the game moves to sudden death, and the remaining players duke it out in a best of 3.

If you are new to pinball or are not on the WPPR list, then The Open may be of interest. This is another championship from the IFPA that allows people across the world to join, and it is open to everyone. This tournament features bounties that can give extra prize money when won.

Some bounties featured at The Open are:

PAPA has different divisions that help to make sure that people of all age groups and skill sets can compete. The divisions of PAPA tournaments include:

The following chart outlines the prizes awarded to the winner of the different PAPA divisions:

What You Need to Know to Run a Pinball Tournament

Running a tournament may sound like a great idea, but there are various things you have to take into consideration. Below, you’ll find a list that will help when it comes to planning a pinball tournament

If you want to see some real tournament play and how it’s set up you can see a real recorded pinball tournament that was put on by PAPA in the video below. Be warned it is quite a long video so feel free to skip around a bit to see some different machines and players as the tournament continues.

Pinball tournaments can vary in several ways, but they also share some similarities. Many events use a minimum of 16 players and use a bracket set up for the competition. In most cases, you must score the most points against your opponent to move to the next round, and the game mode will decide how many times you’re allowed to lose or if you place after your score.

Before you enter into any pinball tournament, it is essential to read that specific tournament’s rules before you register.