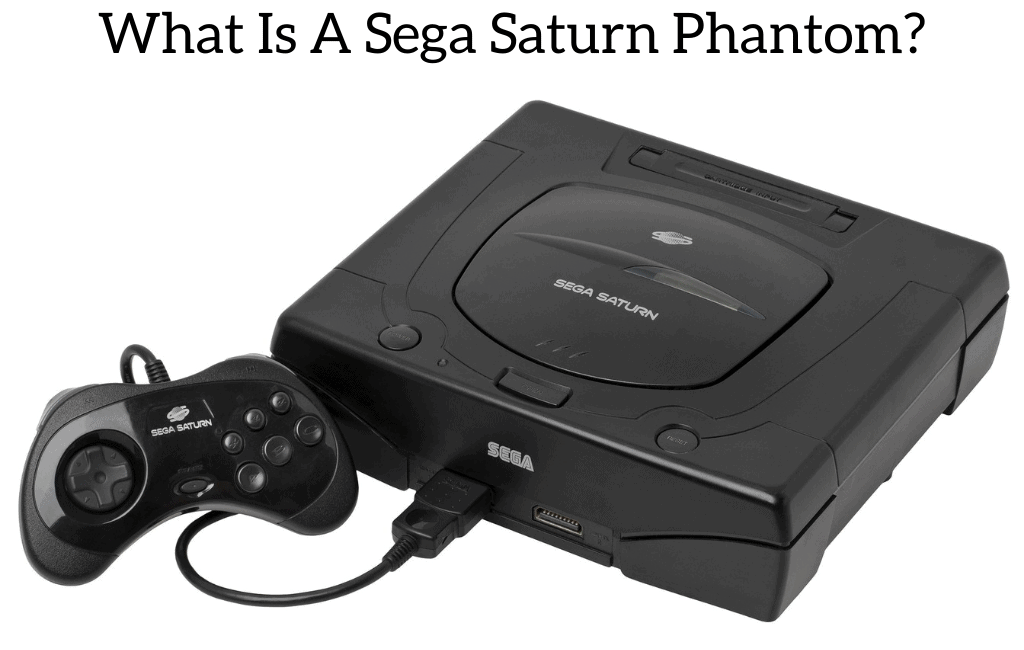 What is a Sega Saturn Phantom?

A Sega Saturn Phantom is a universal & ribbon cable set modchip. This modchip allows you to play any Sega Saturn game from any region on your console. This essentially makes your console region free.

What does that mean? A modchip is a small electronic device used to alter or disable artificial restrictions of computers or entertainment devices. Modchips are mainly used in video game consoles, but also in some DVD or Blu-Ray players. A universal Modchip is the best solution to allowing any Sega Saturn Game to read and be read universally with all Saturn’s.

Now that you know what one is, here is the best place to purchase one.

If you are interested in watching a video about the Sega Saturn Phantom instead of reading about it then check out the video below.

What does universally compatible mean?

Have you heard about something being region free? The Sega Saturn Phantom modchip makes the Sega Saturn region free. Region free means if Sega released a Game in Japan, you would be able to use it in Europe, Brazil, North America, etc.

If Sega wanted they could release different game consoles or games for different countries. That is what is called a region lock.

A region lock is when a game console only plays the video games that are released in a specific region. Without this modchip, you would have to purchase the United States games as they would only work with the United States Sega Saturn.

This modification can change the Sega reset button behavior but don’t worry it still starts with a quick press. If you press and hold the button it will toggle the machine between 50hz and 60hz output.

Yes, the Sega Saturn Phantom universal modchip really works.The Phantom modchip is not that hard to install on your system. If you don’t install it successfully, do not worry, it won’t hurt your system. You will simply just want to try and reinstall it. Once it is successfully installed, you will be able to play any game from any region on your game system.

Why does a Sega Saturn need a modchip?

The Sega Saturn is region locked which means that games can only be played on hardware from the same region. Many people want to play different region games on their console though. They don’t want to go through all the hassle of trading in all of their games or buying a different console, so they simply get the Sega Saturn Phantom mod chipset.

How to install Sega Saturn Phantom ( Model 1 Consoles Only)

What is Needed to install the Sega Saturn Phantom?

This Modchip has 3 sections

There are two connectors +5v

There are two ribbon cables. The first is the 20 pin and the second is the 21 pin.

Soldering up +5V power to your chip:

The chip comes with 2 connections for +5V power. Both of the connections are located in the lower corners of the chip. This is where power will be supplied to the chip.

Do not connect the wire to both +5v points because you will only need one connection.

First, you will want to unplug your existing ribbon cable from the motherboard and remember which way the pins are facing when the cable comes out. You will want to remember this because it will have to go back in the same way.

Plugging in the ribbon cable:

These connectors have a small lock that needs to be opened before the ribbon cable will slide in. We recommend using your fingernails and some gentle pressure on the left and right side of the connector to push/pull the lock out.

They are not separate locks, and both sides must be pulled out at the same time. The pins on the cable should be facing up when inserted. When inserting the ribbon cable into the connector,you will want to try and wiggle the ribbon cable in to make sure they are in there all the way.

Once connected, the ribbon cable should be tight and should not pull out with a gentle tug. Even though they are not separate locks, both sides must be pushed in at the same time.

Next you will need to insert the opposite end of the 20 Pin cable that is connected to the chip into the open slot on the console’s motherboard. Make sure that the pins on the cable are facing the same direction they were on the original cable. You should still be able to reference the original cable if needed.

Lastly you will want to connect the end of the original ribbon cable that’s still connected to the CD-ROM drive into the CD20 side of the Phantom universal chip. There is a small lock that needs to be opened before the ribbon cable will slide in.

These two locks are not separate, and will need both sides to be pulled out at the same time. Make sure the ribbon goes in straight, and all the way to the back of the connector.

If you are more of a visual learner, here is a short video showing you how to do exactly what was just explained.

Before you power up the console you will need to make sure all of your connections are right.

The Sega Saturn Phantom modchip is now installed and you can go and play all of your favorite games no matter where they were originally intended to be played. While some people may think this is a risky job, it really is pretty simple. The reward far outweighs the little risk that there is by doing this, which is why most people are willing to do it.