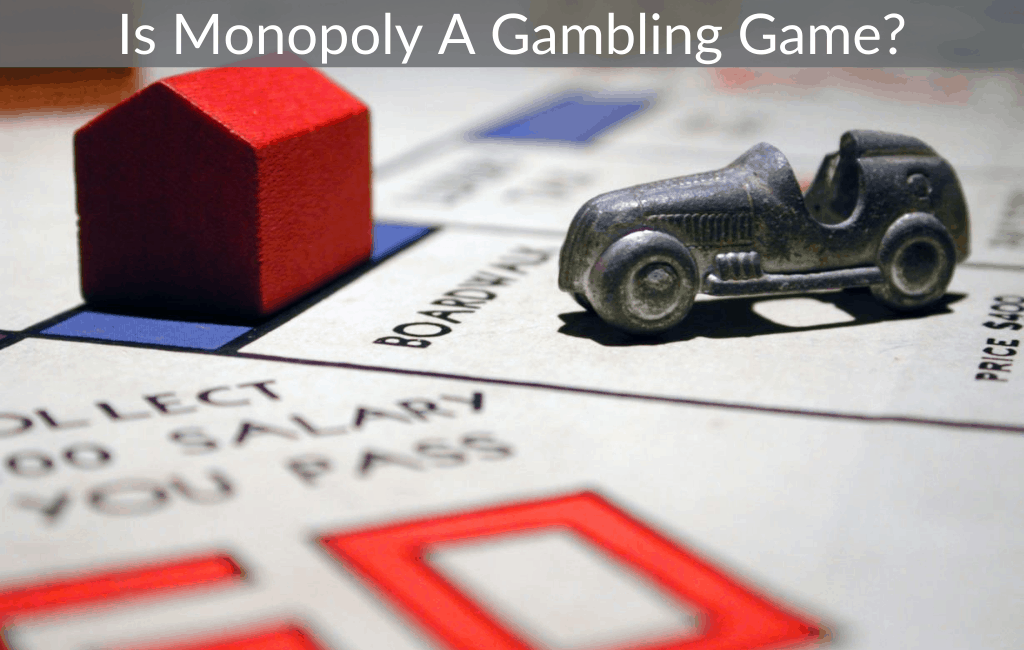 The aim of each player in this game is to make the opponent(s) go into bankruptcy. Money acquired in this game can be lost through game processes like Community Chest squares, tax squares and landing on properties. In this article we will answer all of your questions about Monopoly and people gambling when they play the game.

So Is Monopoly A Gambling Game?

Monopoly can be used as a game of gambling, depending on the circumstances. Even though many people play the game for pleasure and fun, some people also play the game as a way to gamble and make money. They do this by betting on the winner of the game as well as even what a player might roll.

If you would like to know more about if Monopoly is a gambling game, please keep reading or check out this video about gambling when you play Monopoly and if it’s true or not.

Monopoly is a board game currently published by Hasbro. In the game, players roll two six-sided dice to move around the game board, buying and trading properties, and developing them with houses and hotels. Players collect rent from their opponents, with the goal being to drive them into bankruptcy. Money can also be gained or lost through Chance and Community Chest cards, and tax squares. Players can end up in jail, which they cannot move from until they have met one of several conditions. The game has numerous house rules, and hundreds of different editions exist, as well as many spin-offs and related media. Monopoly has become a part of international popular culture, having been licensed locally in more than 103 countries and printed in more than 37 languages.

In order to fully answer this question, we should look at Monopoly from two gaming situations. First, let us look at a situation where Monopoly is being played using games or virtual money.

We can actually say Monopoly is a gambling game when used in this sense. Why? This is because even though they are not using real currency, but game money, the players are betting on yet to come events and situations in the game which they are not sure of.

Why do we say these events are uncertain? It is simply because we do not know the numbers that would come up when the dice is rolled. We also do not know in what order the community chest cards are arranged until we have seen them all. The only thing that can, but not necessarily, tilt the game in favour of a particular opponent is experience and foreknowledge of the Monopoly game.

This is why some people think that playing Monopoly using the virtual money is still a gamble, but one of mild nature. A conclusion which is due to the fact that wagers are placed on uncertain gaming events, even though such wagers are not placed with real money.

Second, we will now look at a situation where the Monopoly game is being played using real money. This is the ideal situation where we could consider Monopoly to be a gambling game. In this type of gaming situation, the wagers are placed using real currency, this makes it more of a reality, more emotions and anger on the part of players would set in. In this situation, the winner takes all the cash. So this Monopoly type can be seen as real gambling.

When people refer to Monopoly as a gambling game, do not be quick to take offense. Why not? This is because many times, when people say this, they are referring to the Monopoly played in casinos. This type of Monopoly is the one played with real money, and in which gambling is involved. This is when we can confidently say Monopoly is a gambling game.

Casinos have different types of Monopoly games that are used to generate money. People who play casino Monopoly games are not people who go there with the mind of having fun, they are there prepared to gamble and make real money. It is not only the gamers that make money, but also the casino pool. So, in its actual sense, Monopoly using real money is a real business, which involves a lot of gambling. You cannot play a casino Monopoly game without gambling, that is how it is played.

From the consideration of the two situations in which a Monopoly game can be played, it is clear that no matter how small, gambling and betting are definitely involved. You cannot play Monopoly that involves game money without gambling in virtual uncertain game events. Likewise, you cannot play the one that involves real money without gambling as you might lose your money. It is clear that monopoly can be used as a gambling game, no matter how minute the gambling is, it is still gambling.

Even though Monopoly can be used as a gambling game, does this mean that it cannot be played as a fun game?. This is why many people want to know if you can play Monopoly for pleasure and fun? The answer to this question is yes. The fact that people put their hot passion into casino Monopoly games does not mean that they do not also derive fun from it. More importantly, you can derive pleasure and fun from playing Monopoly using game money. It is even a very common game that people use in organizing picnics and house parties among others. It is a game you can use to relieve yourself of stress and have a lot fun as well. Yes of course, Monopoly is a game that can be played in good spirits, as well as one that can be played to make some money.

We also now know that Monopoly can be a game of gambling, but it does not necessarily mean that it cannot be played for pure pleasure and fun. One can still play Monopoly with a circle of friends using the game money, as an interest to earn real money from the game is not present.

It has also been made clear from the article that Monopoly could be a source of income and likewise a business venture, as a Monopoly pool can be set up for people to play to earn money through wagers and gamble. Many people like playing these games online, and in casinos.

No matter if you play Monopoly as a way to gamble, or just as a board game for fun, you should always make sure that you are enjoying the game and not letting it keep you from happiness.